The memoir spans the majority of his life, but the story leading up to the creation of Dapper Dan’s boutique is almost bigger than the story of the boutique itself. Spanning seven decades of history, creativity, struggle, and style, Dap’s memoir was published by Random House in July 2019 and debuted on the New York Times hardcover nonfiction bestseller list. Acclaimed comedian-writer Jerrod Carmichael is working on a film adaptation for Sony Pictures.

With his now-legendary store on 125th Street in Harlem, Dapper Dan pioneered high-end streetwear in the 1980s, remixing classic luxury-brand logos into his own innovative, glamorous designs. But before he reinvented haute couture, he was a hungry boy with holes in his shoes, a teen who daringly gambled drug dealers out of their money, and a young man in a prison cell who found nourishment in books. In this remarkable memoir, he tells his full story for the first time.

Decade after decade, Dapper Dan discovered creative ways to flourish in a country designed to privilege certain Americans over others. He witnessed, profited from, and despised the rise of two drug epidemics. He invented stunningly bold credit card frauds that took him around the world. He paid neighborhood kids to jog with him in an effort to keep them out of the drug game. And when he turned his attention to fashion, he did so with the energy and curiosity with which he approaches all things: learning how to treat fur himself when no one would sell finished fur coats to a Black man; finding the best dressed hustler in the neighborhood and converting him into a customer; staying open twenty-four hours a day for nine years straight to meet demand; and, finally, emerging as a world-famous designer whose looks went on to define an era, dressing cultural icons including Eric B. and Rakim, Salt-N-Pepa, Big Daddy Kane, Mike Tyson, Alpo Martinez, LL Cool J, Jam Master Jay, Diddy, Naomi Campbell, and Jay-Z.

By turns playful, poignant, thrilling, and inspiring, Dapper Dan: Made in Harlem is a high-stakes coming-of-age story spanning more than seventy years and set against the backdrop of an America where, as in the life of its narrator, the only constant is change.

Daniel Day (born August 8, 1944), known as Dapper Dan, is an American fashion designer and haberdasher from Harlem, New York.[1] His influential store, Dapper Dan's Boutique, operated from 1982–92 and is most associated with introducing high fashion to the hip hop world, with his clients over the years including Eric B. & Rakim, Salt-N-Pepa, LL Cool J, and Jay-Z. In 2017, he launched a fashion line with Gucci, with which he opened a second store and atelier, Dapper Dan's of Harlem, in 2018.[2][3]

Dan was born in Harlem, New York, in 1944, and grew up on 129th and Lexington Avenue with three brothers and three sisters. His father, Robert, was a civil servant and his mother, Lily, a homemaker.[5] He is African American. He recalls horses and buggies still on the streets in his early childhood, in the post-World War II days of Manhattan. By age 13, he was a skilled gambler; his success as a gambler helped him finance his first store.[6]

In the 1960s, Dan worked for a Harlem newspaper called Forty Acres and a Mule. He eventually became a vegetarian and gave up drinking, smoking and drugs. In 1968–74, he toured Africa as part of a program from Columbia University and the Urban League.[5]

When Dan returned to New York in 1974, he decided to be a clothier, and first sold shoplifted items out of his car.[5] Dapper Dan's Boutique, located on 125th Street between Madison and Fifth Avenues, opened in 1982, and at times was open 24 hours a day, seven days a week.[6]

Dan originally planned to be a clothing wholesaler but soon faced prejudice as he ventured out. He struggled to buy the textiles and furs he needed, as most companies refused to do business with him because of his race or location. Instead of purchasing outfits to sell, he began teaching himself as much as he could about the industry so he could create his own designs from scratch.[7] Dapper Dan's brash knockoffs used bootlegged fabrics he designed himself after teaching himself textile printing.[6] Notably, he invented a new process for screen printing onto leather, and would later also design jewelry and car interiors for luxury automobiles.[8]

The opening of his store in the early 1980s coincided with the crack cocaine epidemic and the rise of hip-hop music, both of which boosted his clientele. Dan's trademark was his bold usage of logos from high-end luxury brands like Gucci, Louis Vuitton and Fendi.[7][8]

Though his clothing was often referred to as streetwear, Day's early clients in the 1980s were inspired significantly by the fashion flamboyance of Rat Pack icons like Frank Sinatra and Sammy Davis Jr. His main clientele were 'hustlers and street people'[7] — including drug kingpin Alpo Martinez — some of whom even requested bullet-proof parkas and hats.[8][7][9]

Day ventured into hip hop fashion in 1985, when he first styled LL Cool J, and Day has since been associated with hip-hop royalty. Eric B. & Rakim who wore Dapper Dan's designs on the cover of their iconic albums Paid in Full (1987) and Follow The Leader (1988).[8] He also created looks for The Fat Boys, Salt-N-Pepa, KRS-One, Bobby Brown, Jam Master Jay and Big Daddy Kane, as well as sports stars such as boxers Mike Tyson and Floyd Mayweather, and athlete Diane Dixon.[10]

Day's illegal use of logos in his custom-made designs led to counterfeiting raids and litigation, and ultimately the demise of his first store. In 1988, Tyson got into a brawl with Mitch Green outside his store, which put Dapper Dan's in the media spotlight for the first time. After Tyson was photographed wearing a 'knock off' Fendi jacket from Dapper Dan — which was referred to as 'an all-night clothing store that caters to performers' in The New York Times — interest in the store eventually brought his usage of European luxury fashion logos to the attention of the European luxury companies.[11] In 1992, after legal action by Fendi and then-U.S. Attorney Sonia Sotomayor, Dapper Dan's was shut down for good.[10] He was shunned by the mainstream fashion world for decades, though he continued to work 'underground' as a designer.[5][9] He began outfitting undefeated boxer Floyd Mayweather in 1999.[7]

Day's career has been revitalized in the 2010s, and he has found mainstream success since 2017.[12] In mid-2017, in a homage to Dapper Dan, Gucci's creative director Alessandro Michele designed a jacket based on a well-known Dapper Dan design for Diane Dixon in 1989. The original was a fur-lined jacket with balloon sleeves covered in the Louis Vuitton logo, which Michele replaced with the double-G Gucci logo. Social media reacted when Dixon shared a photo of the Gucci jacket next to her in the original one, with Dixon requesting that Dapper Dan get credit for his original; many believed that Gucci had stolen the Dapper Dan design, especially due to Gucci not stating it to be a homage until after they drew criticism.[5][13]

In 2017, with the support of Michele and Gucci CEO Marco Bizzarri, Day and the Italian brand partnered for a line of men's wear.[10][12] 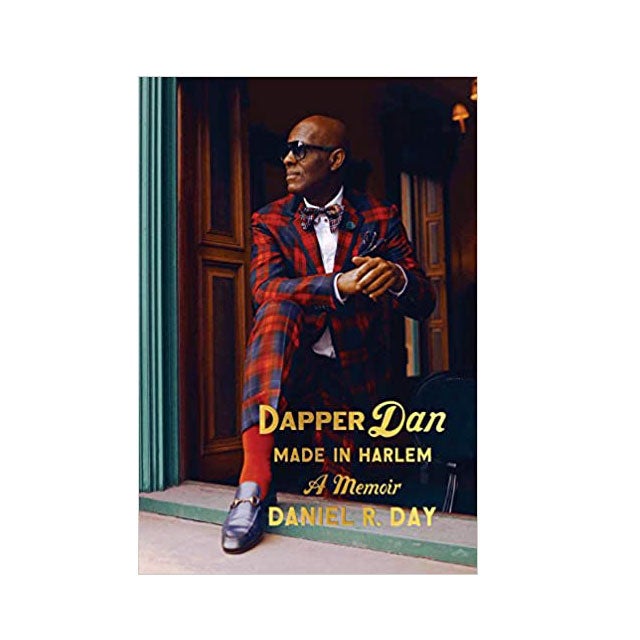 In 2018, Day opened a new atelier on Lenox Avenue in partnership with Gucci, Dapper Dan of Harlem, the first luxury house fashion store in Harlem.[2][14]

In 2001, Dapper Dan was referenced in a Jay-Z lyric in his song 'U Don't Know' from his album The Blueprint.[15] In 2002, he was referenced multiple times in the Alpo Martinez crime film Paid in Full.[8]

In September 2016, prior to the premiere of the Netflix original series Luke Cage, Dapper Dan was featured in part of the 'Street Level Hero' digital social video series to discuss Luke Cage, which is set in Harlem.[16]Sick flexisoft designer download. He subsequently appeared in two episodes of the series, one in the first season and one in the second, playing himself.

In November 2017, he appeared in a segment on Conan for Conan O'Brien's stay at the Apollo Theater in which he styled the talk show host.[17]

Day's memoir will be published by Random House in 2019. Sony Pictures has already bought the rights to a film adaptation, with comedian Jerrod Carmichael attached as screenwriter and producer.[18] Day will serve as executive producer of the film.[19]