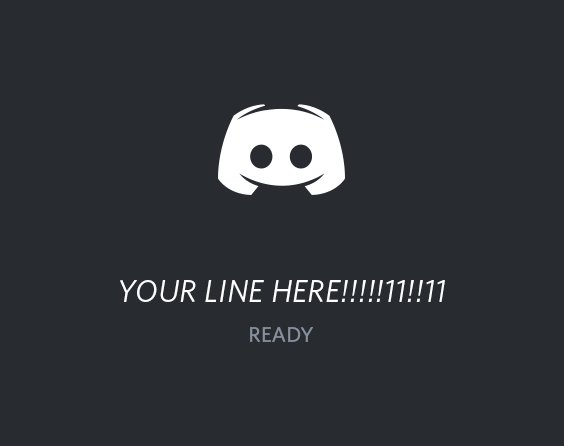 Discord is going through a sales process now that could result in a purchase of the communications and chat platform for much more than $10 billion, GamesBeat has learned.

Two sources familiar with the matter said that Discord is exploring its options for a sale in the wake of interest from multiple parties that want to buy the company. And one source said the company has signed an exclusive acquisition discussion with one party, meaning it is in final negotiations about a sale. This news comes after Discord raised $140 million in December at a $7 billion valuation (based on data found by Prime Unicorn Index).

Discord is considered a strategic asset, as it connects game companies with their biggest fans in audio and text chat communities. But whether it sells or not will depend on Discord CEO Jason Citron, who will have to decide if the company can better fulfill its mission as part of another company.

“I know they are in active discussions with a select few parties,” one source said. “The market is in a state where they could command strong double-digit billions of dollars.”

A spokesperson for Discord said it declined to comment on rumors or speculation. A lot of things could happen that could change the company’s plans. But Discord is in play, according to our sources.

The game market is amok with plans and calculations right now. If Roblox is worth $42 billion in its public offering, the thinking goes, then such and such must be worth so much. Roblox had a successful public offering March 10 that leaves the window open for other companies that are trying to maximize their value, either through acquisitions or the stock market. Discord may be a test as to whether or not another company with communications technology can follow in Roblox’s recent footsteps, and rumors often swirl about a possible IPO.

While Discord has grown dramatically and has more than 140 million monthly active users, it is still in a growth phase, and its financials aren’t spectacular now. That means it may be early for the company to try to go public, the source said. The Wall Street Journal reported earlier this month that in 2020 Discord generated $130 million in revenue, up from nearly $45 million in 2019. In that sense, Discord was similar to many other game companies that saw huge gains during the pandemic when everyone was in lockdown.

But Discord acknowledged in the same article that it is not yet profitable. By comparison, Playtika, which went public in January at a $11.4 billion valuation, was profitable on $2.37 billion in 2020 revenue. Playtika makes that money based on in-app purchases in free-to-play games, and many Discord players can get by without the premium subscription.

One source I spoke with said that Discord has engaged Qatalyst Partners to evaluate possible suitors. Qatalyst, which Silicon Valley dealmaker Frank Quatrone (executive chairman) founded and CEO George Boutros runs, handled the process when Discord was up for sale in 2018. Back then, the company decided not to take anyone up on offers. Qatalyst declined to comment.

The talks in 2018 were constant, with possible acquisition prices ranging from $2 billion to $6 billion. But quite often the buyers wanted Discord to do something it didn’t want to do, like embrace advertising. Discord also felt like its values were best protected at that time by staying independent. This means that it is possible that the current sales process may not result in Discord actually being sold.

“It’s hard to tell the difference between a serious acquisition attempt and a fishing expedition,” said one source, who asked not to be identified. “It can fall apart at any time. The reality is the company is doing really well. I don’t see a reason they would want to sell. They seem to be completely in control of their destiny right now.”

Above: Discord cofounders Jason Citron and Eros Resmini in the firm’s early days.

Any potential buyer with more than $10 billion on hand to buy Discord is likely to be a really large game company, but more likely the suitor would be a platform owner like Microsoft, Amazon, Twitter, or Google. Some game companies are bound to be worried that Discord, which serves critical roles in connecting game studios and publishers with their communities, could be acquired by a party that would only be interested in one of those communities. Microsoft did not respond to a request for comment.

Acquiring Discord would turn the company from an independent firm serving all of gaming and other communities to one that serves a specific parent company, much like what happened with Amazon acquired Twitch or Microsoft acquired the (now-defunct) Mixer. Citron’s previous company, OpenFeint, was successful in a sense that it was acquired by Gree for $104 million in 2011. But a lot of users complained about that change in ownership, and Gree eventually shut it down. It’s not likely that a similar outcome with Discord would be satisfying to Citron.

Any deal would likely be at a greater valuation than the $7 billion in December, as secondary market sales — where employees and other shareholders sell their stock options to others in order to get liquidity (instant cash) — suggest a price above $10 billion. If a bidding war occurs for Discord, it’s easy to believe its price could soar even higher, our source said. A second source familiar with the context of the possible sale said that they wouldn’t be surprised if the bidding took the value beyond $20 billion.

Rainmaker Securities has noted that secondary market shares have gone up five times in the past 12 months. And Rainmaker said its latest bid is at $450 a share and an estimated $11.24 billion valuation. But some trades have gone for valuation levels as high as $14 billion. That’s a small but important tea leaf about the company’s value.

The most recent investors who bought into Discord include Greenoaks Capital and Index Ventures. Earlier investors include Greylock, IVP, Spark Capital, Tencent, and Benchmark. If there’s pressure on Citron to sell, it most likely comes from the early investors.

To date, Discord has raised $480 million. The company monetizes its users by getting them to upgrade to its Nitro subscription service, but many use it for free. Along the way, many people urged Discord to embrace advertising, but Citron avoided that because he felt it would hurt the user experience. It turns out that reaching out beyond gamers to other communities has helped the company grow and add to its subscription revenue base.

Discord’s claim to fame is that it has high-quality audio, but it has competition from Clubhouse, which raised $100 million at a valuation of $1 billion in a round led by Andreessen Horowitz. Owning Discord would be a foil for Clubhouse, and that might make it attractive to the likes of Twitter and Facebook, who are both threatened by Clubhouse.

Eros Resmini, Stanislav Vishnevskiy, and Citron started Discord in 2015. They had started their Hammer & Chisel game studio to try to make a multiplayer online battle arena (MOBA) social game. But while the game didn’t work out, the communications service did. I met with Citron and Resmini at a restaurant in San Mateo, California, as they first told me about Discord.

Now it’s extremely popular for purposes such as esports communications, game community chat, and other functions. The company has more than 350 employees.

GamesBeat's creed when covering the game industry is 'where passion meets business.' What does this mean? We want to tell you how the news matters to you -- not just as a decision-maker at a game studio, but also as a fan of games. Whether you read our articles, listen to our podcasts, or watch our videos, GamesBeat will help you learn about the industry and enjoy engaging with it.How will you do that? Membership includes access to:Become a member

Instant messaging software giant Discord, after expressing prior interest for a buyer, just backtracked on its decision to try its hand at an official merger.

Discord stopped talks with Microsoft Corporation for a possible acquisition, with the goal of staying independent, reports TechCrunch. This announcement comes after the two companies were apparently already 'deep in talks' about a massive USD $10 billion acquisition with two other firms, though only Microsoft was named.

This news comes after Discord's stock price skyrocketed during the pandemic, when a lot of gamers got stuck at home with nothing to do. The videogame chat company's valuation rose to a massive USD $3.5 billion last year, according to Forbes. With valuation like that, it did make sense that Microsoft Corporation tried targeting it for a possible merger.

If the deal did push through, however, it would've been closed and completed by this month.

Read also: Discord Chat Server Can Be Used To Watch Movies With Your Friends, Here's How

A New Way To Maintain Gaming And Geek Communities

Founded back in 2014 by avid gamers Stanislav Vishnevskiy and Jason Citron, Discord was created with the goal of introducing a better, more streamlined platform for people to chat in and play games with their friends.

Likely noticing this, Microsoft Corporation subsidiary Xbox brought an update back in May of 2018, which brought Discord integration with the 8th gen console. This allowed Xbox users to play with their friends, according to a report on CNet.

That update brought what was essentially a 'gamer version' of the messaging app Slack to consoles, which had features such as allowing gamers to stream the titles they play to fellow members of the community they were in, as well as a voice chat functionality and well-organized topic threads.

Discord isn't only for gamers to create and maintain their geek communities, either. The software can also be configured to do other things such as checking for restocks of the PlayStation 5, which is a godsend for people looking to finally get a hold of the popular current-gen console.

What's Next For Discord?

Everybody with a basic sense of business knows that Discord would've gained so much from being acquired by Microsoft Corporation, but their decision to remain an independent company might make a bit more sense for them in the long run.

As of the moment, the software has a massive 6.7 million active servers, which translates to a mammoth 140 million monthly active users this year, according to BusinessOfApps. But this hasn't made the company much revenue, as official estimates suggest (since they don't publicly disclose profit numbers).

It could be that Discord is trying to find more avenues to create additional profit and be more valuable on their own, before exploring other business opportunities like mergers. And with roughly 2.8 billion gamers in the world as of last year according to FinancesOnline, the company has an extensive market to tap into for the coming years.

For now, Discord's decision to be an independent company is likely to work in their favor. Whatever their future holds still remains to be seen a few years down the line.

This article is owned by Tech Times

ⓒ 2021 TECHTIMES.com All rights reserved. Do not reproduce without permission.