The following version of this book was used to create this study guide: Phelps-Roper. Unfollow. New York: Farrar, Straus & Giroux, 2019. 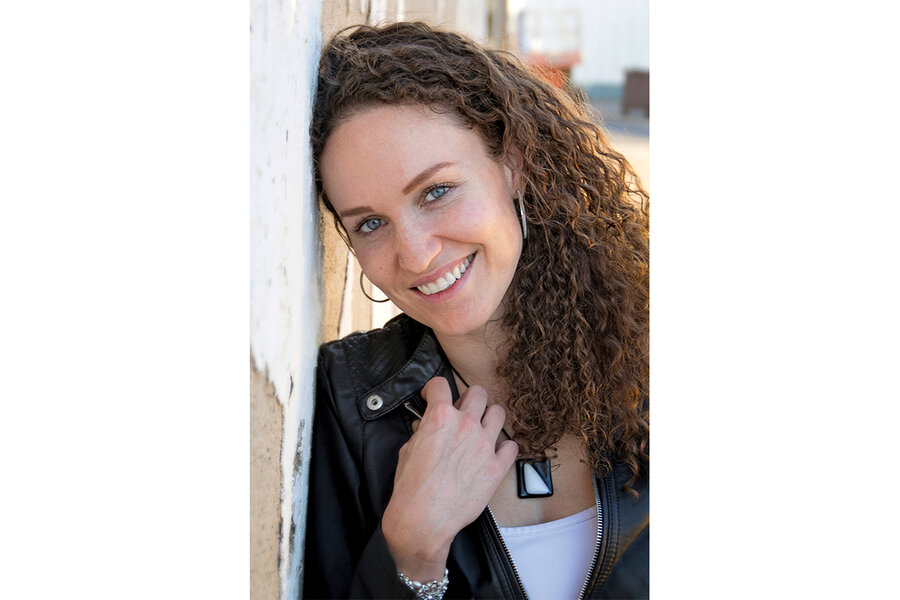 Unfollow begins with the author's memories of being five years old and picketing at a park with her family, members of the Westboro Baptist Church, in Topeka, Kansas. Phelps-Roper's grandfather, Fred Phelps, claimed that his grandson, the author's brother Josh, was accosted by two men in Gage Park, a location known as a “cruising” (4) spot for gay men. As a result, he launched an anti-gay crusade that began in Gage Park with regular picketing and gradually escalated to a worldwide campaign. The author's mother, Shirley Phelps-Roper, was the church's administrative leader and a zealous believer in its dogma, and she raised her 11 children to be believers as well. Westboro was an insular community, as the family/congregation lived together on the same block, and Megan Phelps-Roper had no real friends outside of the church growing up. Instead, she became her mother's shadow and personal assistant, helping her with day-to-day church management by age 14. Shirley was a loving mother, but could also be an abrasive taskmaster, and even spanked her children frequently when they failed to live up to her expectations. She was repeating the behavior of her father, Fred Phelps, who beat all of his children when they were growing up. When the author was 18, her older brother Josh left the church, and she struggled to understand why he would do such a thing.

A gripping memoir of escaping extremism and falling in love, Unfollow relates Phelps-Roper’s moral awakening, her departure from the church, and how she exchanged the absolutes she grew up with for new forms of warmth and community. Rich with suspense and thoughtful reflection, Phelps-Roper’s life story exposes the dangers of black-and-white thinking and the need for true humility in a time of angry.

After the terrorist attacks on 9/11, Westboro celebrated and then began picketing the funerals of soldiers that died in the wars in Iraq and Afghanistan. The church leadership claimed their deaths were punishment from God for America's acceptance of homosexuality and adultery. In 2005, Westboro was sued by the family of one of the soldiers for emotional distress. The lawsuit went all the way to the Supreme Court, which decided in favor of Westboro. Nevertheless, Phelps-Roper was disturbed when her grandfather insisted the congregation pray imprecatory prayers at this time, asking God to smite their enemies. When she was 24, the author joined Twitter, becoming Westboro's official mouthpiece on the social media app. There she began to talk to people who had wildly different views from her own, and learned to tone down the church's usual aggressive tones when having discussions. She felt a unique connection to a man who went by the initials C.G. and the two began having private conversations about religion and their personal lives. It was the first time Phelps-Roper ever felt strong feelings for a man, as she had resigned herself to never dating or marrying. (The church forbids its members from romantic involvement with people outside the faith.) She learned his name was Chad Garrett Fjelland and he was a lawyer in South Dakota.

Unfollow - by Megan Phelps-Roper (Hardcover) $16.29. Undefined out of 5 stars with 0 reviews. Help us improve this page. Author of The Four Horsemen and The End of Faith 'Megan Phelps-Roper finds a way to tell the story of the girl she was raised to be from the perspective of the woman she. Megan Phelps-Rope This Study Guide consists of approximately 51 pages of chapter summaries, quotes, character analysis, themes, and more - everything you need to sharpen your knowledge of Unfollow. Megan Phelps-Roper talked about her book, Unfollow: A Memoir of Loving and Leaving the Westboro Baptist Church, in which she recalled her upbringing in the W. A surprisingly insightful memoir, Unfollow is so much more than the standard ‘escape-from-a-cult’ narrative. It’s the story of Megan Phelps-Roper growing up in and eventually leaving the repugnant Westboro Baptist Church.

Around this same time, there was a change in church leadership; a council of elders began overseeing life in Westboro, which included the author's older brother Sam and a man named Steve who had joined the church in 2001. The elders claimed there had been complaints about Shirley Phelps-Roper's attitude, and she was removed from her duties. Shortly thereafter, one of Megan's cousins was excommunicated for engaging in a sexual relationship with a man. The author thought both of these decisions were unfair. Steve also asked Megan to retweet a tweet he had posted containing a lie about Westboro traveling to the U.K. to protest the wedding of Prince William and Kate Middleton, even though lying was a grave sin. All of these concerns, along with her exposure to other belief systems on Twitter, resulted in Phelps-Roper realizing that she no longer believed in the church's dogma and practices. She asked her younger sister Grace if she would consider leaving Westboro with her.

The situation escalated after Grace was reprimanded by the elders for a friendship she had with a married man. The sisters decided this was an ideal time to leave, so they packed up their belongings and moved out. After staying briefly with their excommunicated cousin, they decided to move to Deadwood, South Dakota temporarily. Here, Megan struck up a friendship with the owners of the Airbnb in which they were staying, a pair of Jehovah's Witnesses named Dustin and Laura. She wrote and published a public statement explaining her decision to leave the church, and began traveling around the country meeting some of the friends she had made through Twitter. After months of talking online, she finally met Chad Fjelland, who took her out on her first ever date.

Megan received a call from her younger brother Zach, who had just left Westboro. He explained that Fred Phelps had been excommunicated and was in hospice, suffering from dementia. She and Grace flew to Topeka and visited their grandfather shortly before his death. They could not see the rest of their family, as church members are not permitted to talk to those who have left. In the years that have followed, the sisters have reached out to family members many times but never received a response. Megan holds out hope that someday her loved ones will leave Westboro. She married Chad Fjelland in 2016 and they have a daughter together.

The activist and TED speaker Megan Phelps-Roper reveals her life growing up in the most hated family in America.

At the age of five, Megan Phelps-Roper began protesting homosexuality and other alleged vices alongside fellow members of the Westboro Baptist Church in Topeka, Kansas. Parallels desktop 16 crack torrent. Founded by her grandfather and consisting almost entirely of her extended family, the tiny group would gain worldwide notoriety for its pickets at military funerals and celebrations of death and tragedy.
As Phelps-Roper grew up, she saw that church members were close companions and accomplished debaters, applying the logic of predestination and the language of the King James Bible to everyday life with aplomb―which, as the church's Twitter spokeswoman, she learned to do with great skill. Soon, however, dialogue on Twitter caused her to begin doubting the church's leaders and message: If humans were sinful and fallible, how could the church itself be so confident about its beliefs? As she digitally jousted with critics, she started to wonder if sometimes they had a point―and then she began exchanging messages with a man who would help change her life.
A gripping memoir of escaping extremism and falling in love, Unfollow relates Phelps-Roper's moral awakening, her departure from the church, and how she exchanged the absolutes she grew up with for new forms of warmth and community. Rich with suspense and thoughtful reflection, Phelps-Roper's life story exposes the dangers of black-and-white thinking and the need for true humility in a time of angry polarization.