NCAA Football 08 for PlayStation 2 cheats - Cheating Dome has all the latest cheat codes, unlocks, hints and game secrets you need. Ncaa football 08 xbox 360. Condition is 'Good'. Shipped with USPS Media Mail. When the NCAA Football 08 official demo hit the Xbox Live Marketplace, I couldn’t help but deem it the “night before Thanksgiving.” If you’re not familiar with the night before Thanksgiving as a holiday, it’s largely considered, yet often debated, the biggest bar night of the year.

The dynasty mode in NCAA is the meat of the game. It's all about knowing how to run your team, picking the right playbook, and executing. The best way to be able to do all of these things at the highest level is having the right personel on your team. In NCAA '08, EA has made recruiting a new focus, and it's more real this year than ever.

After reading another recruiting piece on the site, I felt like I should write my own version. I couldn't help but notice a lot of generalizations and inconsistencies in the other piece. Recruiting in this year's game is much different than previous games. As many of you know, many last-gen gamers researched the recruiting in-depth. This involved exploring the game disc using a PC and many, many hours of recruiting. Those who did these studies found something interesting - all of the recruits in the previous games had a preset range of 10-14 schools that they would attend. Only 3 or 4 of these schools actually had a real chance at a player. A person recruiting could find the prospects most importand pitch in the first week and sit on it for 5 weeks, but if the prospect didn't have that player's school in their initial list, it was a fruitless venture.

Now EA has revamped the recruiting to make it more realistic. As a former recruited college athlete, I can tell you that they got the system right. Players now have brains and personalities of their own. They can be persuaded, but they can also be insulted. They have real wants and needs, but those wants and needs can be compromised if they are given a reason to do so. With that, I'll impart some general recruiting advice my brother and I have found after a couple seasons in our dynasty, and many hours 'practice recruiting.' I'll preempt this by saying that in our dynasty we used Baylor (me) and UL-Lafayette (my bro). Obviously these are schools (especially ULL) that aren't power houses. They have some high points, but mostly have to use their few strengths and strategy to suceed in the 'other season.'

The first thing to know with recruiting is the strengths of your school. Of course schools like USC, Ohio State, LSU, or Florida are going to be easy to recruit with. You'll basically be able to use any pitch, because all of these schools rates high in each area. When one starts to recruit with lower tier teams, strategy really comes into play. The first thing to take note of is the players you need. This is displayed at the 'My School' tab. It will be written across the bottom of the screen. Go after these players first. Don't be afraid to go after prospects that seem out of your league, as long as they haven't narrowed their possible schools down too far. But make sure if you go after a guy that may be a struggle, have a couple of back-up possibilities. Endless space 2 vaulters ship design. So if you're a 2 star ULL team and you're going after a 5 star wideout, make sure you have a couple 2, or 3 stars in your pocket.

OK, so you've determined your needs. Now use the prospect search to find the guys you need. Make sure to use the sort feature. Sort by interest, caliber, or whatever you feel like. Check a guy's skills. He may be a 2 star, but with A+ awareness. This is a guy you want. He'll improve faster and learn more quickly throughout the season. Also, check out your playbooks, both offense and defense. If you run a 3-4, you don't want big, bulky outside linebackers or slim athletic D-tackles. The same thing goes for your offense. If you air the ball out 40 times a game, that 5-star scrambling QB with 68 throw power isn't going to cut it. When you've found the players you need, check your depth chart. Have a senior at a position? Recruit a guy there. Reload, don't replace. You'll be a lot better off with an average guy with a year or two experience than a green recruit. 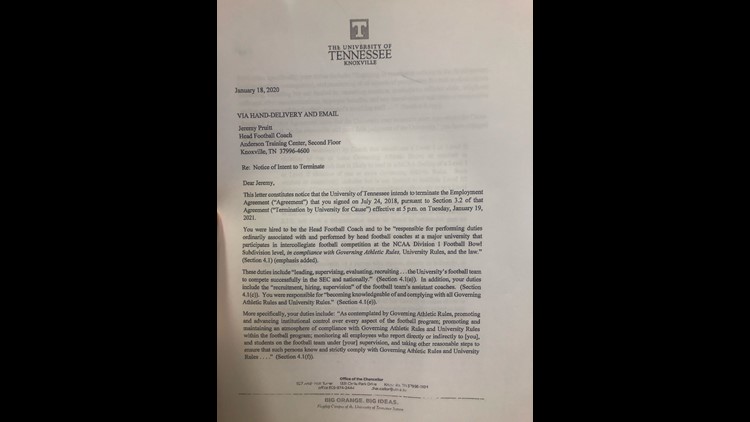 Now that you've found your targets, rank them accordingly. Players know this, to a certain degree. If you have three HB's on your board, the lowest ranked HB is going to be harder to talk to, especially if he's rated on the same tier as the other HBs. If he's a 2-star and the others are 4-stars, it won't be a big deal. Rank the guys you NEED near the top. When I recruit, I set up my top 10, my brother does a top 15. These are the guys you are putting all of your time into. Make sure that you call your top 15 as much as possible. Another writer said that if you're #1 on a guy's list, don't call him. This is not good advice. Imagine if you were a recruit. You are being recruited by many teams, and you've rated Florida your top school. All of a sudden Florida doesn't call you that week, but they call another player at your position. It's going to affect your interest, maybe make you think Florida isn't as interested as they made it seem.

Like I said, recruits have brains. When you talk to them about topics, put yourself in the coaches shoes. Take a good look at the factors. Where is he from? What position does he play and do you need him? Does he fit your 'mold' for your system? What are his skills (ratings)? All of these things play a part. His interests also coincide. A player looking to play in a big conference is also going to want TV exposure. A guy interested in coach prestige will also want a program with tradition. When you find a pitch a recruit is interested in, think what may be related to it.

When it's time to call recruits, look into a few things. First, look at the other schools he's considering. Even if your school is great in athletic facilities, if you're competing against Michigan, your facilities (though great) don't stand a chance, and the recruit knows that. Stay with where you're strong, both on your own and against other schools. My brother landed a 5-star MLB with ULL by concentrating on something else none of the other schools chasing him could offer - early playing time. Coupled with his 'good' television exposure, these two pitches and a promise of playing early sealed the deal. Also, use the pitches with Most and Very High importance when you find them. You can use these to change a recruits mood from bad to good, or just to reasure him of something. Hard selling these pitches works, and will increase interest. Try to sway pitches only when the recruit it happy. Sometime the sway may fail, but if it doesn't lock you'll have a chance to sway again the next week. Don't sway any pitch that is high. It won't go any higher. Mood will usually go down when you try to sway a High interest pitch, and sometimes may decrease interest in the pitch

Which brings me to promises. Use them, but don't abuse them. You may get greedy, and make promises to a player you have little chance of fulfilling. This is going to hurt you more than not getting the player. You'll compromise your coach integrity, your promises will have a much lesser effect in the future, and you've basically taken away that strong point of your recruiting.

Recruiting is a constant. Don't just add your thirty-five players in the preseason and go from there. Keep an eye on your list. If a guy with low interest narrows his schools down and you're not in there, drop him and find a replacement. Move guys up and down depending on signings or needs. Say you get into the season and your Junior HB who's rated 87 overall can't hold onto the ball, or your Sophomore QB savior can't get rid of the ball. Adapt to these things. Look for a HB that fits, or a QB who can get the job done.

Hopefully with this recruting aid you'll be able to build the championship team you've been working for. Any contributions are great. Have a great weekend.