This nickel metal hydride (NiMH) cordless phone battery can be recharged by connecting to the phone receiver when not in use. A reliable battery offers the freedom to take phone calls while doing laundry, cooking, getting ready for the day or walking from room to. 4 Pack Precharged AA Nickel Metal Hydride Rechargeable PowerEx High Capacity Batteries RCR10010 12 Reviews Rechargeable AA is ideal for digital cameras, remote controls, wireless electronics, baby monitors, game controllers, toys and more.

What does 'NiMH' mean on batteries?

NiCad and NiMH batteries are amongst the hardest batteries to charge accurately. Whereas with lithium ion and lead acid batteries you can control overcharge by just setting a maximum charge voltage, the nickel based batteries don't have a 'float charge' voltage. So the charging is based on forcing current through the battery. The voltage to do this is not fixed in stone like it is for the other batteries.

Parallel Charging: This makes these cells and batteries difficult to charge in parallel. This is because you can't be sure that each cell or pack is the same impedance (or resistance), and so some will take more current than others even when they are full. This means that you need to use a separate charging circuit for each string in a parallel pack, or balance the current in some other way, for example by using resistors of such a resistance that it will dominate the current control.

The coulometric charging efficiency of nickel metal hydride batteries is typically 66%, meaning that you must put 150 amp hours into the battery for every 100 amp hours you get out. The faster you charge the worse this gets.

The minus delta V bump that is indicative of end-of-charge is much less pronounced in NiMH than NiCad, and it is very temperature dependent. To make matters worse, new NiMH batteries can exhibit bumps in the curve early in the cycle, particularly when cold. Also, NiMH are sensitive to damage on overcharge when the charge rate is over C/10 (C is the capacity of the battery, so a charge rate of C/10 would give a full charge in 10 hours). Since the delta V bump is not always easy to see, slight overcharge is probable. For this reason PowerStream does not recommend using simple minus delta V as a termination criterion for nickel metal hydride batteries.

However, modern algorithms have been developed to enable accurate charging without using a thermistor. These chargers are similar to the -delta V chargers, but have special measurement techniques to detect a full charge, usually involving some kind of pulse cycle where the voltage is measured during the pulse and between pulses. For multicell packs, if the cells are not all at the same state of charge, and if they are not balanced in capacity, the cells may fill up one at a time, blurring out the end-of-charge signal. In order to balance the cells it may take several charge-discharge cycles. Luckily, NiMH does not mind being overcharged at C/10 or less, which allows the charger to balance the cells during the trickle charge.

As the battery reaches end-of-charge oxygen starts to form at the electrodes, and be recombined at the catalyst. This new chemical reaction creates heat, which can be easily measured with a thermistor. This is the safest way to detect end-of-charge during a fast charge.

The cheapest way to charge a nickel metal hydride battery is to charge at C/10 or below (10% of the rated capacity per hour). So a 100 mAH battery would be charged at 10 mA for 15 hours. This method does not require an end-of-charge sensor and ensures a full charge. Modern cells have an oxygen recycling catalyst which prevents damage to the battery on overcharge, but this recycling cannot keep up if the charge rate is over C/10. The minimum voltage you need to get a full charge varies with temperature--at least 1.41 volts per cell at 20 degrees C. Even though continued charging at C/10 does not cause venting, it does warm the battery slightly. To preserve battery life the best practice is to use a timer to prevent overcharging to continue past 13 to 15 hours. Examples of this kind of charger are shown at /Ni-6-200.htm . This charger uses a microprocessor to report the state of charge via an LED as well as performing the timing function.

The film was made by two adventurous camera men shipwrecked off the coast of the territory occupied by the Kia Kia. On“Direct from the Astor Theater in New York” and now playing at the the Leader Theater in D.C.From the Washington Post, Jan 9, 1921:“Astonishing scenes filmed among the savage Kia Kia head hunters of New Guinea are shown in an unusual photoplay attraction, 'Shipwrecked Among Cannibals,” which will be shown at the Leader Theater this week commencing this afternoon. The Leader's Guide to Unconscious Bias PDF Free download.

Using a timer it is possible to charge at C/3.33 for 5 hours. This is a little risky, since the battery should be fully discharged before charging. If the battery still has 90% of its capacity when the timer starts you would have a good chance of venting the battery. One way to ensure this doesn't happen is to have the charger automatically discharge the battery to 1 volt per cell, then turn the charger on for 5 hours. The advantage of this method is to eliminate any chance of battery memory. PowerStream does not currently have such a charger, but the microprocessor board used in the C/10 charger /NiMH-NiCad-solar-charge-controller.htm could easily be modified to do the discharge. A power dissipating package would be needed in order to dissipate the energy from a partially charged battery in a reasonable amount of time. More examples of 3 hour chargers are here /NiCad-NiMH-Catalog.htm .

If a temperature monitor is used NiMH batteries can be charged at rates up to 1C (in other words 100% of the battery capacity in amp-hours for 1.5 hours). The PowerStream battery charge controller shown in /product3.htm does this, as does the battery management board shown in /product5.htm.

This board also has the ability to sense voltage and current for more sophisticated algorithms.
When terminating on temperature rise the dT/dt value should be set at 1 to 2 degrees C per minute. 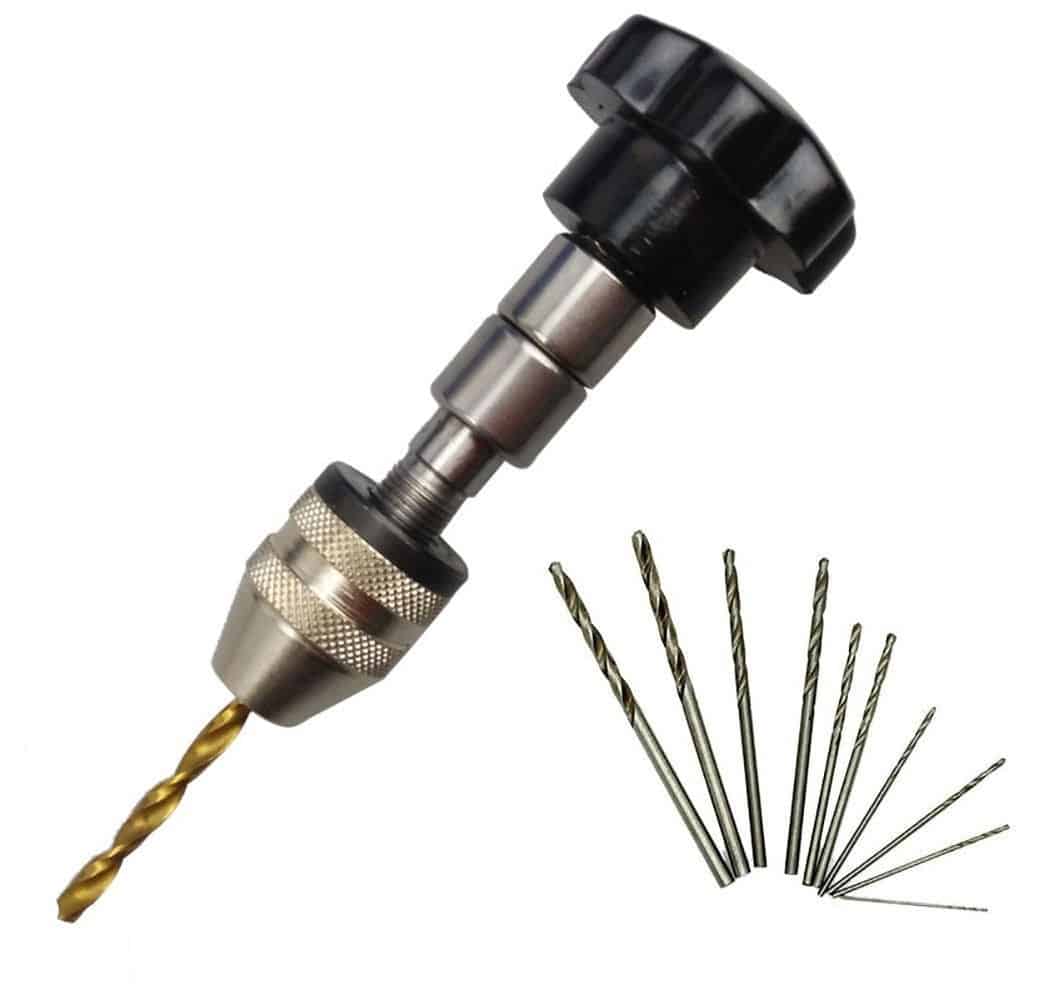 In a standby mode you might want to keep a nickel metal hydride battery topped up without damaging the battery. This can be done safely at a current of between 0.03 C and .05 C. The voltage required for this is dependent on temperature, so be sure to regulate the current in the charger.

These two termination methods work well for NiCads, and are both applied to NiMH as well. dT/dt measures the temperature rise at the end of charge. After the battery is fully charged it starts new chemical reactions in order to absorb the unneeded current. In nickel hydroxide style batteries this consists in generating and recombining oxygen. This process heats the battery. The sudden increase in temperature rise can be used to terminate the charge.
Another effect of the oxygen generation/recombination cycle is to depress the voltage of the battery slightly. If you can detect this voltage depression you can use this signal to terminate the charge. Of course, -dV/dt is the easiest because it doesn't require a temperature sensor. The best method for NiMH is the dT/dt method. There are two main reasons. With the NiMH battery the voltage depression is smaller, and harder to detect than with the NiCad battery. This almost always ensures an overcharge, which will limit the total number of charge/discharge cycles before battery failure. Second, a new NiMH battery has false peaks early in the charge cycle, and so the charger will terminate too soon.

There are new algorithms that use microprocessor control to use the -dV signal to detect the end of charge. These can work very well and several of our chargers use this technique, which involves pulsing the charger on and off to do the voltage measurements. This technique seems to be sensitive to imbalance in the capacity of the cells. The dT/dt is still more reliable, especially for large packs, but in cases when only two wires are available solutions are now available.

2. Option: if the discharged battery voltage is above 1.0 Volts/cell, discharge the battery to 1.0 V/cell then proceed to rapid charge.
3. Rapid charge at 1 C until the temperature reaches 45 degrees C, or the dT/dt indicates full charge.
4. After terminating the fast charge, slow charge at C/10 for 4 hours to ensure a full charge.