It can be really tough trying to decide between different versions of things that you want to buy. And it’s no exception when you are thinking about a digital audio workstation (DAW) like FL Studio.

For the majority of people, the FL Studio Producer Edition will probably be sufficient for them when they are starting out. Unless you have a known specialized need for doing vocal tuning, a need to have guitar effects that are weighted towards heavy metal, know you need time manipulating plugin, or need to work with video, then the Producer Edition will have all of the basic tools needed to create great music.

It’s easy to say that as a general statement but let’s get into some of the specifics about why you may or may not want to go with the Producer Edition.

Should I get fl studio producer or signature edition?

FL Studio 20 Producer Edition is a complete software music production environment or Digital Audio Workstation (DAW). Representing more than 20 years of innovative development it has everything you need in one package to compose, arrange, record, edit, mix and master professional quality music. The producer version comes complete with a number of interesting synths and features, It also has semi functioning versions of several more products that are available for an additional premium, I don't believe you can use them for recording purposes, however you are free to experiment with them in a player mode.

For a vast majority of people, the Producer Edition of FL studio will be sufficient to create great music. It has all the tools you would need to be able to record, edit, mix and master a song and get it out to an audience.

But, for those of you who might be curious about what you might be missing out on, let’s take a closer look.

Each of these plugins has a special function, but unless you have a specific need for what they do, which you probably don’t when you are getting started, then doing just the Producer Edition will get you the results you need.

What are the extra plugins you get if you get the signature edition and what do they do?

So let’s go through each of the plugins in a little more detail on what they do, so you can see whether or not it is a plugin that would be worthwhile in your personal workflow for creating music.

Video Player 2 – This plugin could be really critical for you if you are planning on doing any sort of music scoring for commercials, short films, etc. I have worked on some of those kinds of projects without a plugin like this, but I can tell you that it is much more difficult. So if you have a need to match up music with video, then this may be worth the investment. Football manager 2021 price steam.

NOTE: they do not currently have support for the Video Player 2 VST version for MacOS.

NewTone – This plugin is FL Studio’s version of autotune. It is a pitch correction tool, but it also allows you to correct the timing of audio as well. So if you sing a word too quickly, you can actually go in and line up the audio to hit at the right place on the grid.

Personally this is one of the reasons that I am still considering upgrading to Signature Edition. I think it would be nice to have a tool like this for producing more polished vocals. And since the plugin on it’s own clocks in at $99, it is worth it to me to pay the extra $11 and get the rest of the plugin upgrades.

Gross Beat – This is a time and volume manipulating plugin. It’s hard to describe in words the kinds of things that the plugin can do. The easiest way I can think of describing it is if you want to mess up a sound you have to not make it sound so clean. You can trash it up a little bit and make it sound different by using an instance of gross beat on it.

You can see the kind of thing that this can do with this example video here:

DirectWave – this is a weird sampler plugin that can be used in FL Studio. I currently don’t have much use for it, since I have already purchased Kontakt. But I can see if you haven’t dropped the money on something like Kontakt that this could be really beneficial.

I found this video on YouTube that shows someone taking a different synth preset and basically creating an instrument out of it using DirectWave.

That’s pretty sweet. I must admit.

Harmless – this is a synth plugin. I don’t have a lot of experience with this, so I can’t really speak much to it, other than to say that it is a more stripped down version of Harmor, which is one of the synths that SeamLessR uses a lot in his productions. He has extensive tutorials on Harmor on his channel, and it could be a good resource to look into and see if Harmless or Harmor is something you would want to use for your productions.

Pitcher – this is like the lite version of the NewTone plugin we talked about earlier. It doesn’t have the time correction ability like NewTone, but it can be used for real time pitch correction. So if you just need to tighten up a vocal just a little, this might be a plugin you could use in your mixer when you want to not have to bother with the rest of audio processing.

Hardcore – This is FL studio’s version of a pedalboard for guitarists. So if you have an electric guitar, you can use this like a pedalboard inside of FL Studio. But honestly, I’ve found that the pedal board is more in line with metal style of guitar playing than anything else. Plus I ended up getting the Guitar Rig plugin from Native Instruments, so I don’t have a need for this plugin.

So that covers all the plugins that you get when you get the Signature Edition of FL Studio instead of the Producer Edition. If you were to try to buy each plugin at cost after purchasing FL Studio Producer Edition it would cost you $559.

But there is another option if you end up purchasing the Producer Edition, but decide that you want to get the Signature Edition later.

Can you upgrade from producer edition to signature edition? 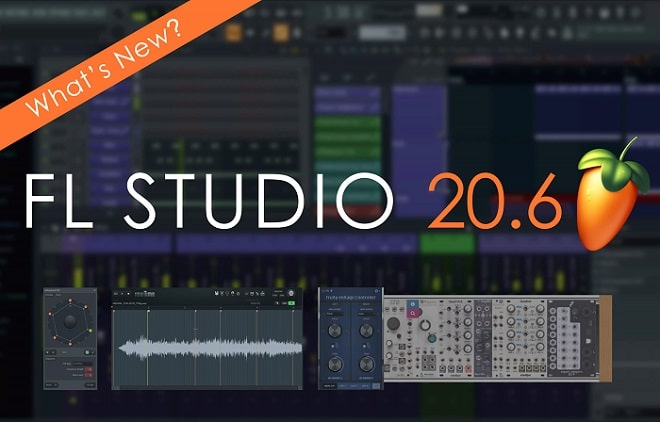 Here’s the thing. When you are starting out, you don’t know exactly what you need. But as you practice music production, you will start to get a feel for the kinds of tools that would be useful to you to improve the music that you are making.

I have had Producer Edition for about 10 years now. I have used it to produce full albums, album projects for clients, music for short films and commercials, and even sounds for sample packs. I have not needed to have the few extra plugins that the Signature Edition offers in order to be able to do that.

I am starting to want to have access to a few of those tools, but I have not needed them.
And I have the option listed in my FL Studio account to upgrade my edition.

Currently the upgrade price to go from Producer Edition to Signature Edition is listed at $110. So if I decide that I really do want those extra plugins, then I can pay the fee and get access to those. So instead of paying $559 to get those plugins individually, you can upgrade later for $110 and save yourself $449.

But before you commit to the upgrade, you may want to see if there are other options.
I was able to find some cheaper options that do essentially the same thing as a few of those plugins on the list.

I had purchased the Waves Tune Lite a while back when it was on sale. And that plugin can do the same basic thing that Pitcher or Newtone does. And it cost a little less than either of those plugins. I think I paid $29 for the Waves plugin, but it would have cost me $148 to get Pitcher and NewTone.

Same goes for Gross Beat. There is another plugin, half time, by a company Cableguys that does some similar time manipulation. And it only costs around $15.

So always look around and see if you can find some tools that might do the right job for you for less.

Should you get Signature Edition if you are a complete beginner?

I think when you are starting out, it is better to get a handle on the basics of music production before you start getting more bells and whistles for your software.

The basics of music production are songwriting, recording, arranging, mixing and mastering. You can create full projects without having the extra tools you get with the Signature Edition of FL Studio.

Having said that, each person has to make that decision for themselves. If you are someone who is going to be producing music to go with video, then it may make sense for you to have some of the extra tools like the Video Player.

Or if you have an extra $100, then you might just want to go ahead and upgrade.

My suggestion is that you start with FL Studio Producer Edition if you are a beginner. And then as you get more comfortable producing music, then you can decide if you want or need to upgrade to the Signature Edition. I think you might be better off if you save that $100 and put it towards a package like Native Instruments Komplete, or XFer Serum. You can do a whole lot with those extra sounds.