For proper operation, the Pylontech battery needs to be able to control the charge current. Therefor it is recommended to use Victron 48V compatible MPPTs models with VE.Direct port for charging.

MPPTs with a VE.Direct port Pylontech US3000 is an energy storage system representative of the latest generation. This lithium (LiFePo4) battery is designed to fulfill the high demands that are required of an energy storage system in Canada, which includes high safety levels and a long service life even when the battery is regularly deeply discha. He US3000 is an HESS solar battery system provided by Pylontech, developed with their own lithium iron phosphate cell to ensure the highest safety value and most promising life cycle. A self designed BMS protects the cell from abormal temperature, current, voltage, SoC and SoH.

MPPTs are controlled via the GX device. Make sure the GX device runs v2.15 or later, and the MPPTs to 1.37 or the latest available version.

The MPPT requires connection to the GX device to regulate charge currents as the batteries require (due to temperature, etc)To test operation, try disconnecting the GX device from the MPPT. After a time-out, the MPPT will stop charging and flash an error code on its LEDs. The error code is error #67: no BMS.

MPPTs with a VE.Can port 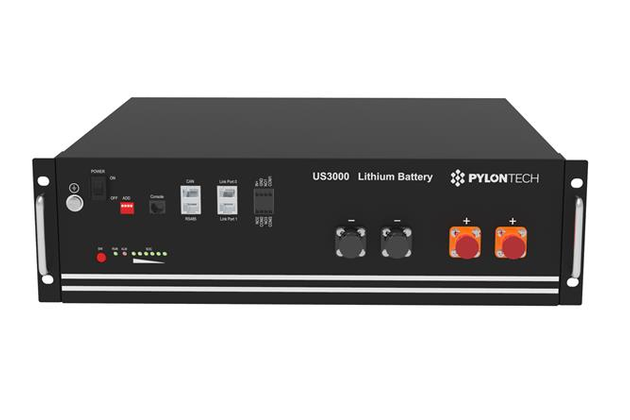 New Model (2019 and later) VE.Can MPPTs are also supported from firmware version 1.06 and above. Be aware that some GX devices (e.g. CCGX) only have a single CANBus interface, and that is required for the battery communications. So if you use a new VE.Can MPPT, it must also be with a GX device that has more than one CANbus interface, e.g. the Cerbo GX.