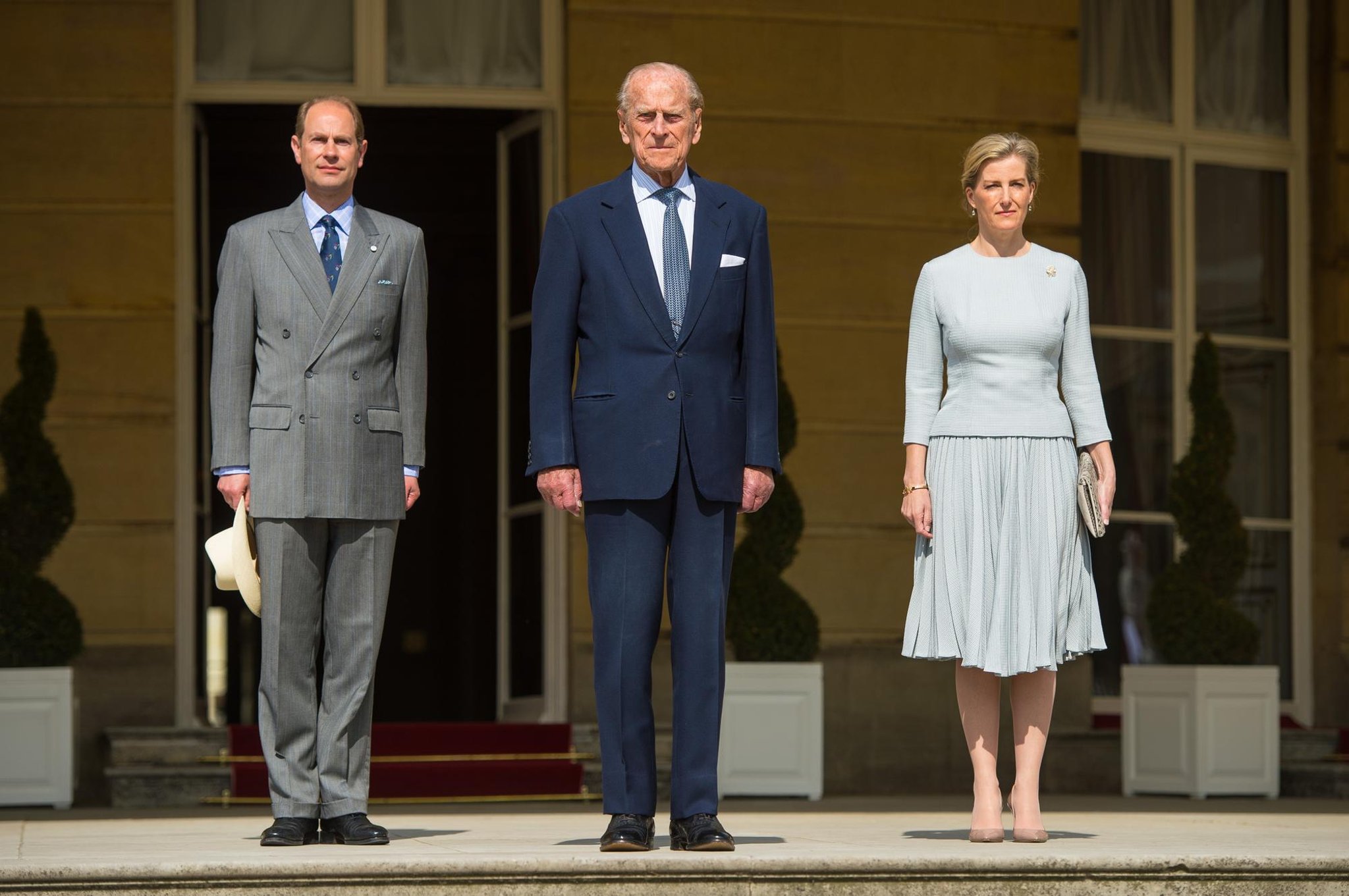 Should you write a memoir? In this solipsistic, Internet-addled era, there ought to be an online quiz to determine the answer. I looked to BuzzFeed for one but found only a survey titled “What Would the Name of Your Memoir Be?” with the subtitle “We all deserve to write a best-selling novel about ourselves.” Somewhat confusing, since memoirs are decidedly not novels, but I suppose we can safely assume that BuzzFeed definitely thinks you should write your own life story. (I took the quiz for due diligence: it was suggested that my memoir be titled “All Eyes on Me: A Diva’s Journey from Fab to More Fab.”)

Before I get started on “All Eyes on Me,” I look for more guidance. The late, great William Zinsser, like BuzzFeed after him, believed not only that every writer had a memoir in him but that it was one’s duty to leave a record of one’s life for posterity. But he was also unsparing in advising how the story should be told. As he wrote in The American Scholar: “Remember that you are the protagonist in your own memoir, the tour guide. You must find a narrative trajectory for the story you want to tell and never relinquish control. This means leaving out of your memoir many people who don’t need to be there. Like siblings.” Ouch. Apologies to my brother Sean, now stricken from the record of my life.

The Art of Memoir is a 2015 non-fiction book by Mary Karr in which she examines memoir writing in terms of craft and technique. Karr utilizes a personal tone, often referring to her own memoir writing when discussing various points. Anchored by excerpts from her favorite memoirs and anecdotes from fellow writers' experience, The Art of Memoir lays bare Karr's own process. In addition, all those inside stories about how she dealt with family and friends after writing about them get told - and the dark spaces in. In her preface to The Art of Memoir, Mary Karr outlines her intended purpose in penning the volume: to create a “unified theory of everything” that contextualizes, celebrates, and demystifies the. Joining such classics as Stephen King's On Writing and Anne Lamott's Bird by Bird, The Art of Memoir is an elegant and accessible exploration of one of today's most popular literary forms—a tour de force from an accomplished master pulling back the curtain on her craft. About Press Copyright Contact us Creators Advertise Developers Terms Privacy Policy & Safety How YouTube works Test new features Press Copyright Contact us Creators.

Over on ReadersDigest.com, there are some more practical tips for memoir writing. “Diagram your life,” an article titled “How to Write Your Memoir” suggests. “Don’t begin at the beginning. Use all your senses. Build your writing muscle.” The article has 10,000 shares — that’s a lot of forthcoming memoirs that I’m sure will be very good.

The Art of Memoir

I suppose I could always go back to school and get my MFA in creative writing. But a cheaper equivalent may be to read Mary Karr’s The Art of Memoir. Karr’s first of three memoirs, The Liars’ Club, is credited with stoking a boom of the genre in the mid-’90s (although there have been pernicious memoir booms about once a decade since Rousseau published his Confessions in 1782). Karr’s did-that-really-happen-wow-it-did stories of a hardscrabble childhood and folksy, southern-inflected prose paved the path for memoirists like Jeannette Walls and Cheryl Strayed to take out multi-year leases on the New York Times bestseller list. There’s just something about a confessional woman who had a bad childhood that resonates with all of America (and some parts of Germany).

The Art Of Memoir

Besides being a successful writer, Karr is a literature professor at Syracuse University and apparently an adored one at that. The Art of Memoir is a melding of her two professions: instructive writing about writing, a peek into the classroom of her mind. Unfortunately, although Karr writes that an objective of her book is to “lay out some lucky gliding spaces for a wannabe memoirist, to help her discover The Story, the one only she can tell; then to help said person craft a voice exactly suited to telling that tale in the truest, most beautiful way,” our narrative shepherd guides us in circles, offers shopworn advice, and reminds us, against BuzzFeed’s and William Zinsser’s better judgment, that successful memoirists are more self-selecting than the incoming first-year class at the University of Chicago.

Karr wastes no time gushing over those literary victors in her book: Vladimir Nabokov, Tobias Wolff and his brother, Geoffrey, Mary McCarthy, Frank Conroy. But especially Nabokov: Karr devotes an entire chapter to him and his wonders. But if you want to be a good memoirist, she says, definitely don’t try to be like Nabokov. “Students love trying to imitate Nabokov, which teaches them a lot — mostly about why not to imitate somebody wired so differently from yourself,” she writes. “Nabokov wannabes don’t sound just like turds, but pretentious turds. The writer’s best voice will grow from embracing her own ‘you-ness’ — which I call talent, and which is best expressed in voice.” A voice that should not sound like Nabokov, even though he is the best. Got it.

Karr indeed has her own inexorable brand of “you-ness,” and it’s as different from Nabokov’s as a swan is from a wildebeest — you can decide who is who. I greatly enjoyed The Liars’ Club, (much more so than Speak, Memory, which bored me to half-consciousness), but the prose that rumbled along warmly and garrulously in Karr’s memoir comes across here as hokey enough to make one cringe. “Ts’ok,” she writes about first drafts in the book’s introduction. “That’s why the Lord in infinite wisdom gave us the delete key.” Another chapter begins: “Facts are the meat and potatoes of writing — necessary for a meal but devoid of much innate savor.” I started to tally the euphemisms used to describe excrement but lost count. One can only see so much “bull dookey” before beginning to long for regular old crap.

There is reprieve from the dookey, however. Karr’s manual is at its best not when being instructive but when it delves into analysis. A chapter on The Kiss, Kathryn Harrison’s account of her incestuous relationship with her father, is fascinating and rightfully forgiving, showing the reader how much a memoir can demand of its writer even after it is published (and it raises, though doesn’t explicitly address, how much different the media landscape is for women memoirists than male). In a chapter on “Hucksters, the Deluded, and Big Fat Liars” (James Frey et al.), Karr talks about how easy it is for memoirs to become vessels of fiction masquerading as fact. “In an off-kilter paradox, our strange cynicism about truth as possibility has permitted us to accept all manner of bullshit on the page,” she smartly writes.

In the end, however, this book is about you and your memoir. The question remains: Should you write one? Your laptop is waiting. But consider that the biggest obstacle between you and a memoir isn’t the truth, your “you-ness,” or the possibility of being disowned by your family for writing down embarrassing and unflattering things about them. It’s one Karr doesn’t address: What if you have no story at all? Karr, like Tobias Wolff, Mary McCarthy, and Frank Conroy, had great material and greater talents. The rest of us, the divas we may be, likely do not, and will not glean them from this book. This tome is chock-full of what one might call “memoir privilege,” and all of it goes unchecked. Further, important questions go unexamined: What gives a memoir a right to exist? Do we need more memoirs? Shouldn’t the bar for a memoir on the interesting-ness meter be very, very high? It would have been nice if Karr had highlighted a less “establishment” or decorated memoirist — perhaps a former student of hers — who had found some moderate success, so as to give mortals hope.

The Art Of Memoir Summary

“Karr is a national treasure—that rare genius who’s also a brilliant teacher. This joyful celebration of memoir packs transcendent insights with trademark hilarity. Anyone yearning to write will be inspired, and anyone passionate to live an examined life will fall in love with language and literature all over again. ” (George Saunders)
“Could have been called ‘The Art of Living.’” (San Francisco Chronicle)
“Mary Karr has written another astonishingly perceptive, wildly entertaining, and profoundly honest book-funny, fascinating, necessary. The Art of Memoir will be the definitive book on reading and writing memoir for years to come.” (Cheryl Strayed)
“Should be required reading for anyone attempting to write a memoir, but anyone who loves literature will enjoy it too.” (Wall Street Journal)
“Full of Karr’s usual wit, compassion and, perhaps most reassuringly, self-doubt. Her fans should be delighted—and they can’t go wrong reading the books she discusses, including her own.” (Washington Post)
“The Art of Memoir is passionate and irreverent-and reminds us why we love a good memoir.” (Elle)
“Karr is such fun to read-who else would combine the name Nabokov and the phrase “out the wazoo” on her very first page?” (New Yorker)